Roger (Butch) D. Mabe Jr’s interest in trucking began at an early age. When he was in his early teens, it was Butch’s dream to be involved in the trucking industry in some way. His grandfather and uncle were truck drivers, and his grandfather allowed him to take some trips with him when the opportunity presented itself. Butch’s dad, Roger D. Mabe Sr, purchased two tractors with Butch’s grandfather and leased them to other trucking companies.

Also contributing to Butch’s interest in trucking was a truck terminal which was located down the street from where he grew up that was owned by Bill Goldston. When Butch became a teenager, he got his first job washing equipment at the Goldston terminal in Eden.

This terminal had two divisions, leasing and transportation, and Butch started his job on the leasing side. This division leased equipment to companies like Dan River Mills, Fieldcrest Mills, Stoneville Furniture, Tultex, and other manufacturers in the Southeast. Later, Penske purchased Goldston’s leasing division, and Butch moved up through all of the jobs in the maintenance department.

After Penske sold the transportation side of the business and at the age of 25, Butch began to explore his options in the transportation industry. He made the decision to purchase several tractors and founded his own company as a fleet owner-operator in 1988. He incorporated his new company as Mabe Trucking Co., Inc. on June 7, 1988, and began to lease his trucks to other trucking companies to start his business.

Butch began by running his new trucking operation with five (5) trucks from his garage at his home in Stoneville, North Carolina. As he slowly grew his company, he realized the need to move to another location to provide the space to work on his equipment. He purchased and moved into a one-bay garage in Eden. He was a fleet owner-operator until 1990 where he was running fifteen (15) under the authority of other trucking companies. At this point, he decided to obtain his own ICC authority and pursue his own customer base locally. Butch started out hauling corrugated boxes, boilers, textiles, and glass bottles. His business had grown to a thirty (30) truck operation, and he had outgrown the facility he was using.

The Fieldcrest Mills property in Eden was in the process of closing, and this gave Butch the opportunity to purchase the mill property in 1994. Butch converted it into a truck terminal, warehouses, and a yard for parking trailers. His terminal is located at the same location today. The one bay facility is still owned by Butch and serves as his body shop.

One of the most prestigious achievements of Mabe Trucking Company was being awarded the Carrier of the Year for three years (2009,2014,2015) from Dollar General. The success of Mabe Trucking during the past 30 years has been the loyalty of its customers and the hard work of its employees. 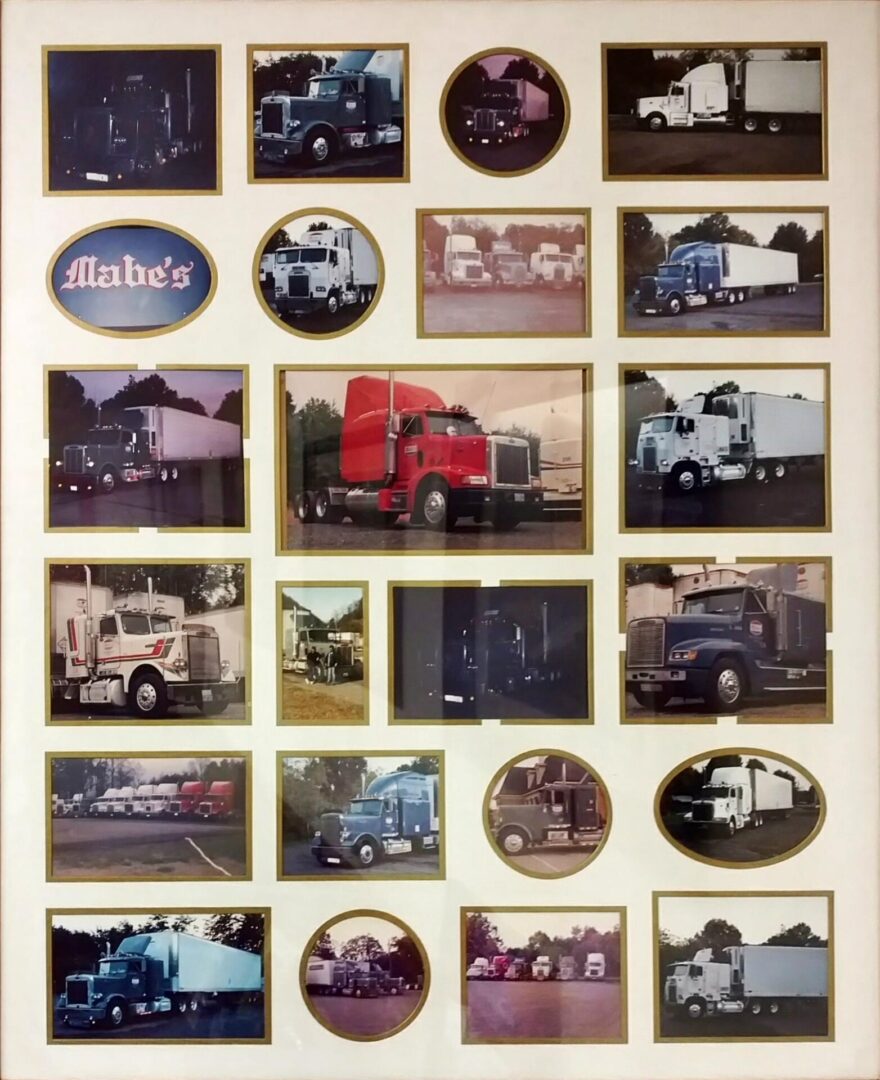 "Driving first-class efforts to deliver unmatched quality for every client" 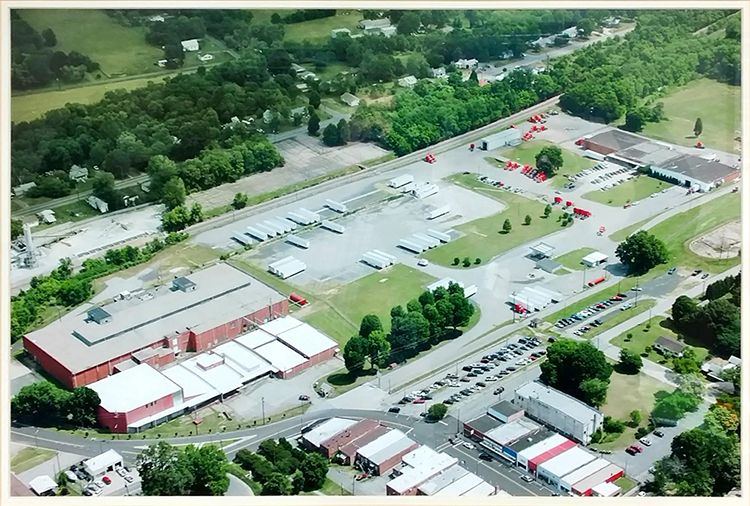 "Our fleet consists of late-model Peterbilt and Kenworth tractors." 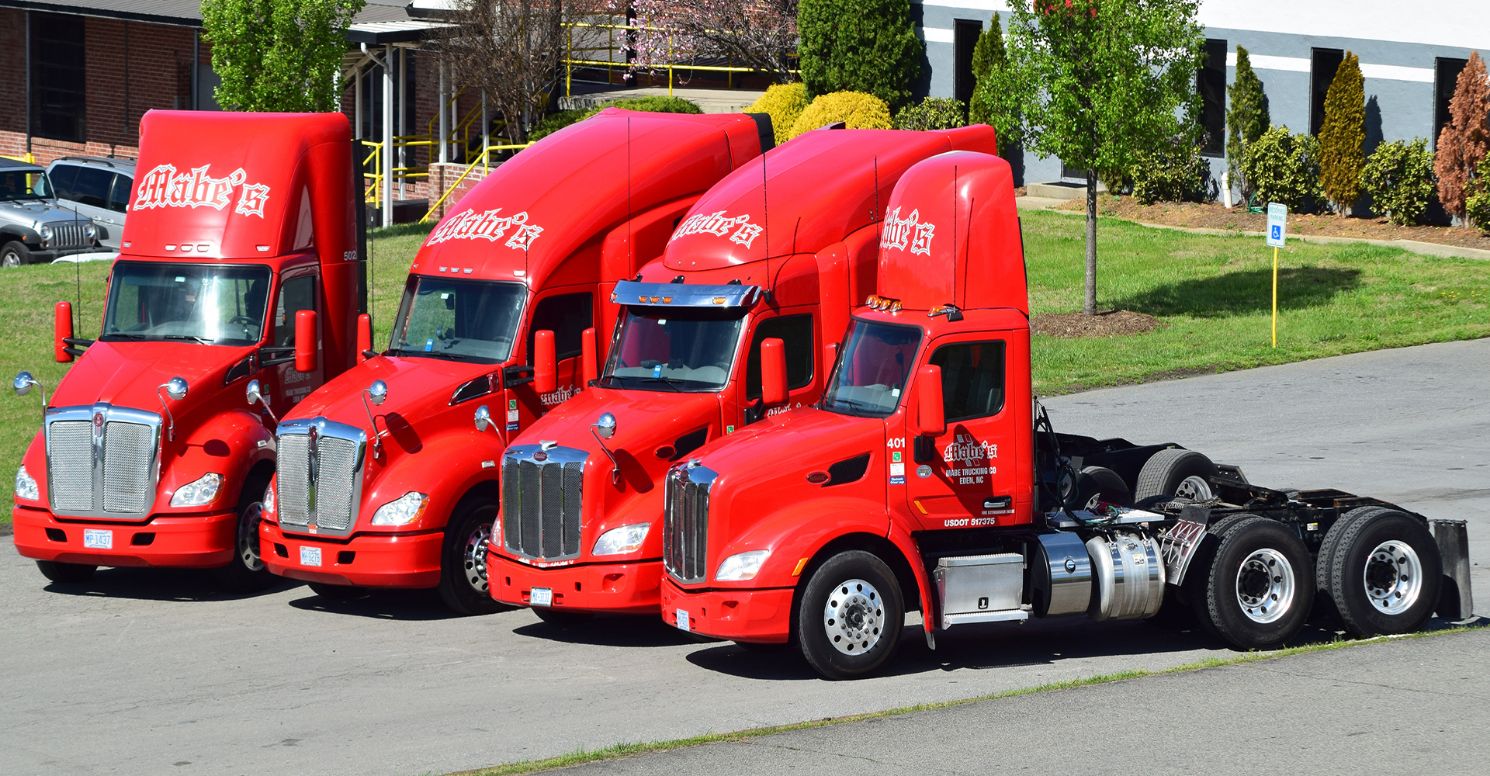